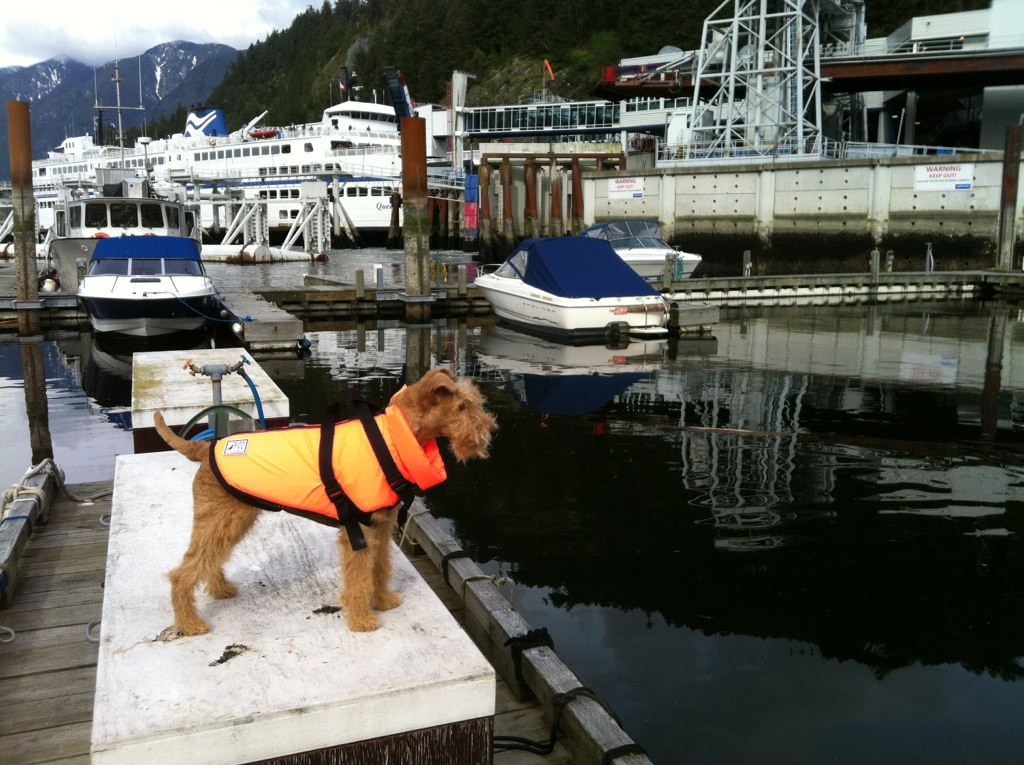 When you own a puppy, it is important to introduce it to as many new situations and experiences as you can early on. As long as you make sure that it’s safe and it won’t overwhelm your puppy, these early experiences will help your pup to become a confident, flexible and easy-going dog. There are many firsts in a pup’s life, and as the owner, you can sense when it’s ready to pop another one of your puppy’s cherries. This was exactly the case with Jaz. She left her last fear period behind a couple of weeks ago and was settling comfortably into her daily routine, so we decided it was time to spice things up a little. We killed two birds with one stone by taking a speedboat to explore Howe Sound, which introduced Jaz to the nautical lifestyle while we entertained a houseguest. 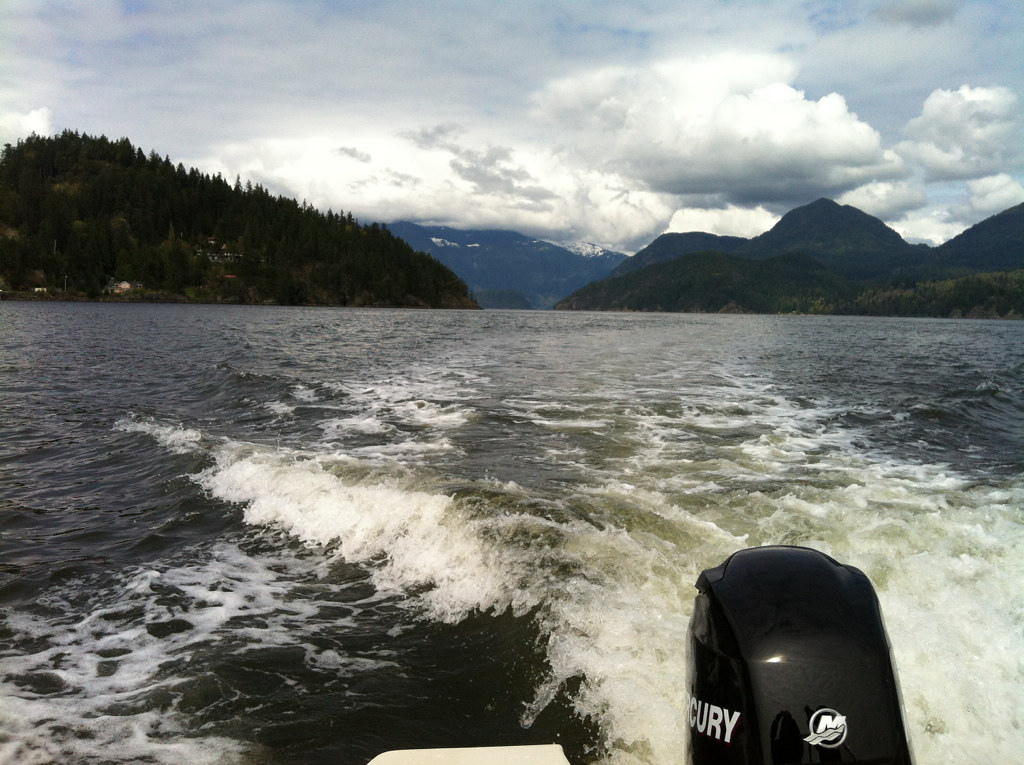 Our 17 feet, 75 horsepower speedboat had us zipping around Howe Sound!

Like many terriers, Jaz isn’t terribly fond of water. She doesn’t like to go outside when it rains. In fact, she makes a point of avoiding rain puddles. And since bathing isn’t exactly Jaz’s favourite thing either, we have been holding off on the swimming lessons. Since we didn’t feel like testing the waters during our boating trip, we decided to purchase a bright orange life jacket for Jaz. Very fashionable, right? 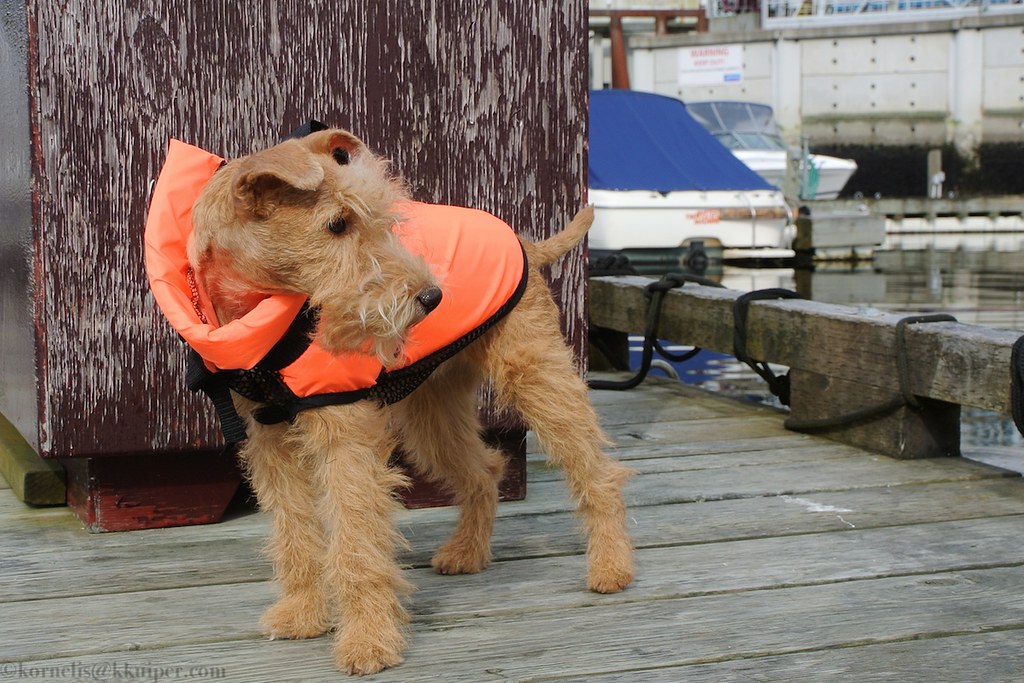 Well… Jaz thought otherwise. I’m not sure whether it was because she reckoned the colour didn’t suit her or because she was worried the padding would made her look fat, but Jaz was terribly unhappy in her new vest. Since our rented speedboat was pretty deep and the chances of Jaz jumping off-board were pretty slim, we decided to cut her some slack and took it off. Sailor Jaz was born. 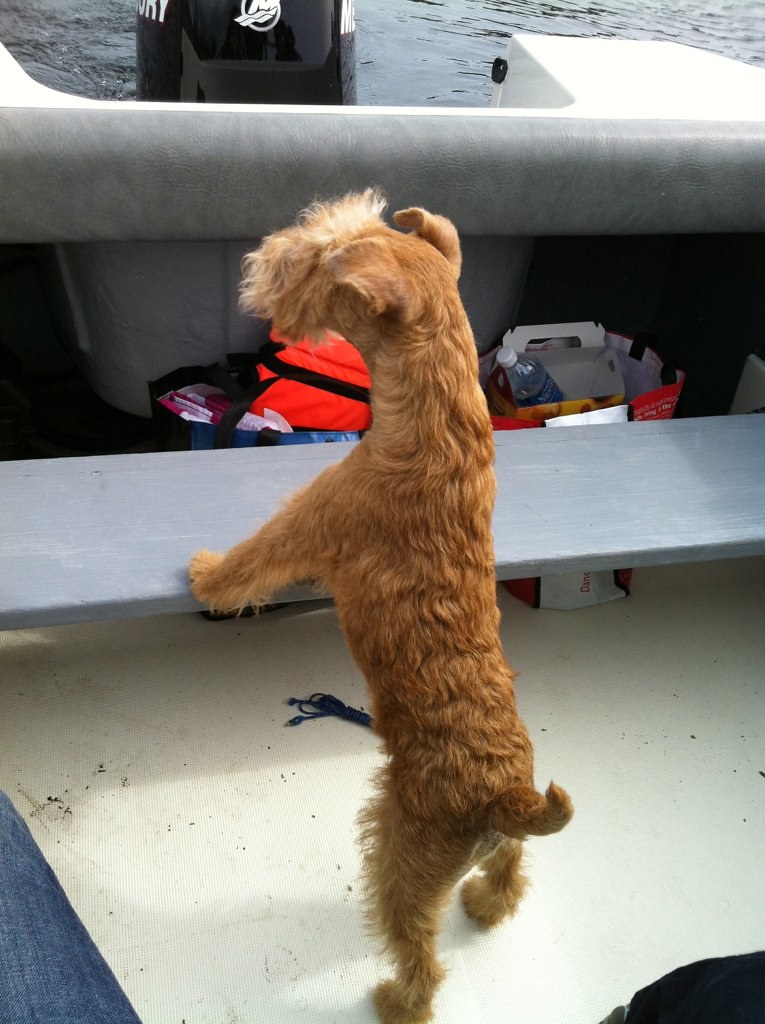 “What’s going on over there?” 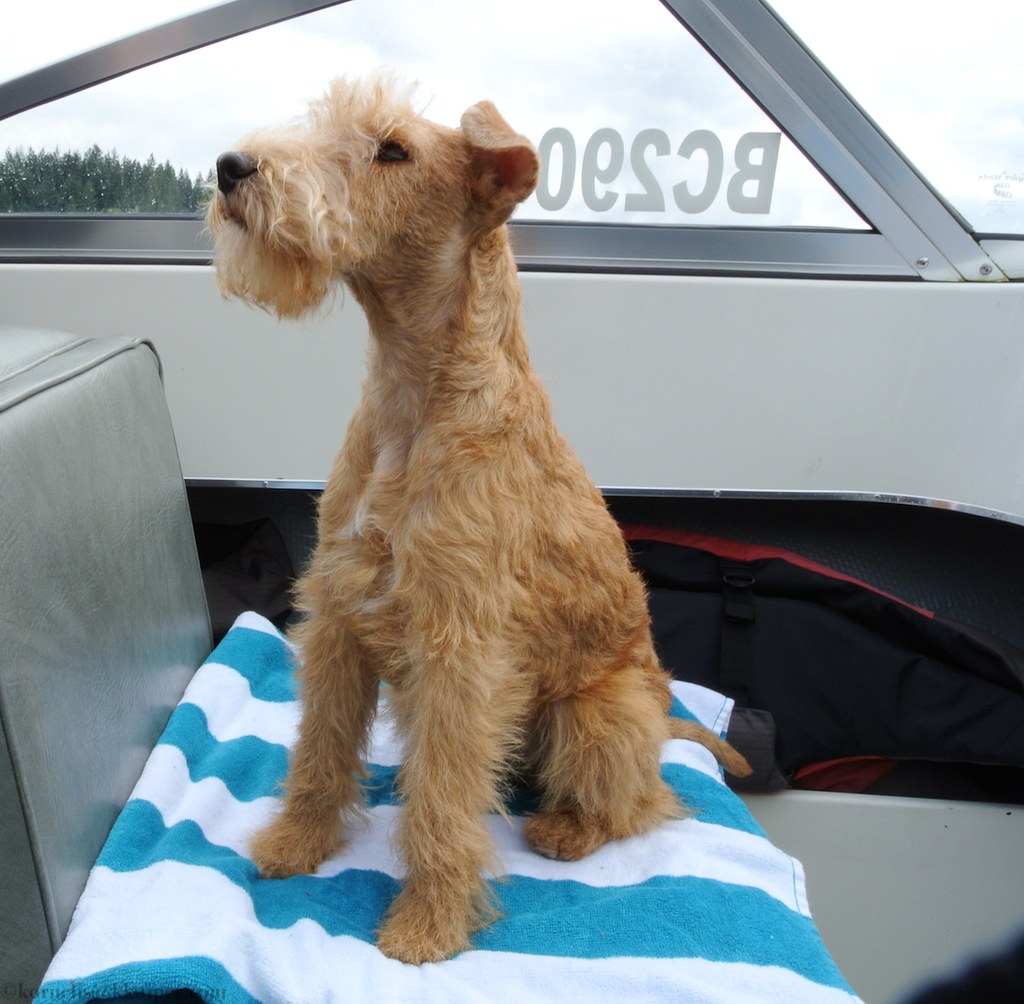 Jaz loved the boat! She wanted to see everything that was going on, and stuck her little nose up high to smell the salt in the air. Even when we were going pretty fast, and experienced some very bumpy patches, she stayed put, bouncing up and down with us. Due to all the bouncing, we had to dock the boat in Halkett Bay on Gambier Island for a potty-break… 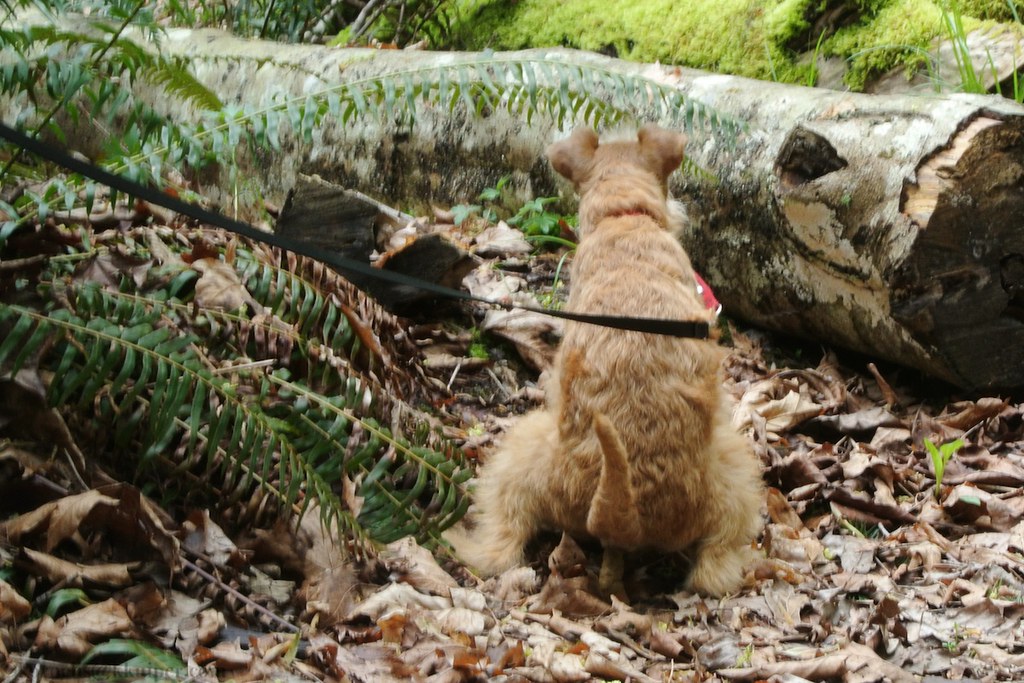 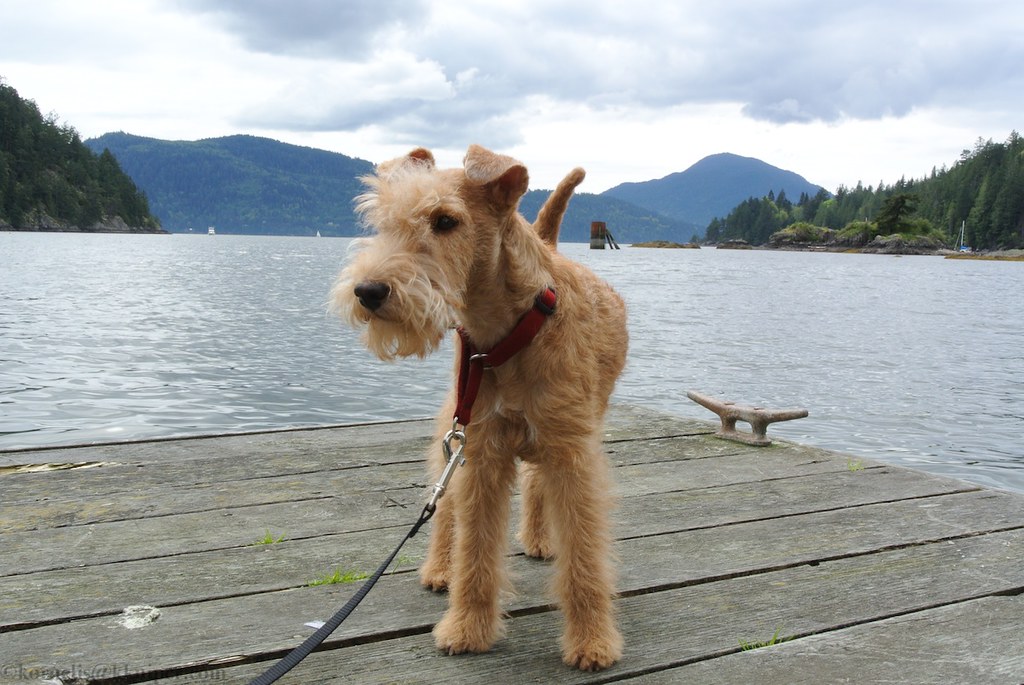 “Let’s get back on the boat! What’s our next destination?”

We circled around Gambier Island and travelled all the way south to Gibsons Landing on the Sunshine Coast for some drinks and snacks. Jaz had a blast getting on and off the boat, walking the pier and hanging out with her human friends on the patio of Molly’s Reach (if this rings a bell with my Canadian readers…. Molly’s Reach was the home of the CBC series “The Beachcombers”).
A successful first, that’s for sure! 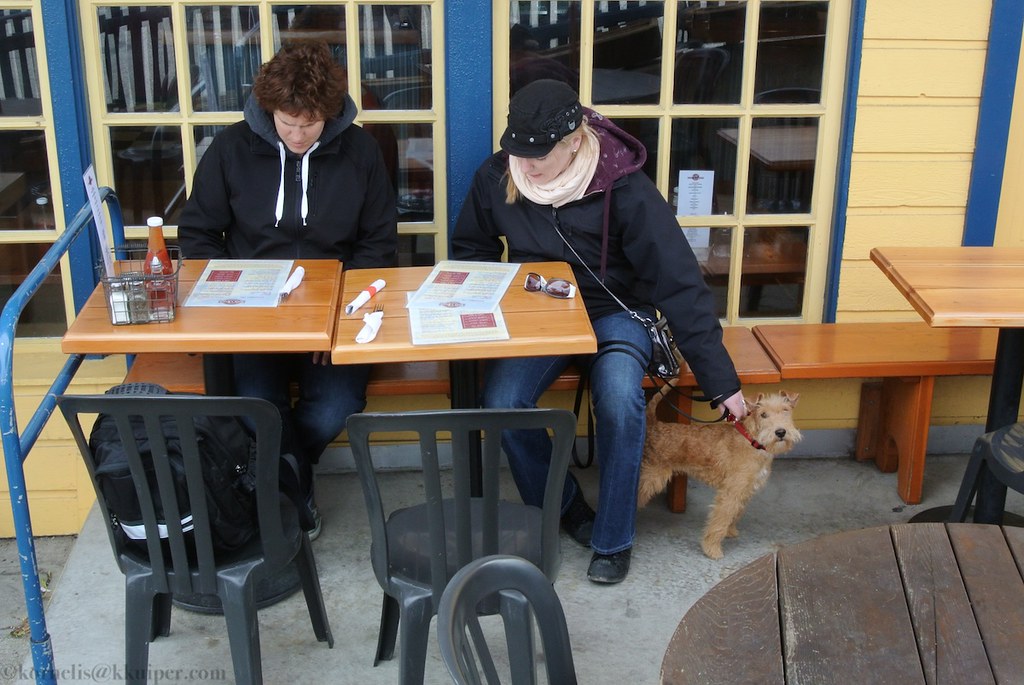