When Jaz was still a puppy, people used to tell us she looked like a little teddy bear… the following picture will tell you why: 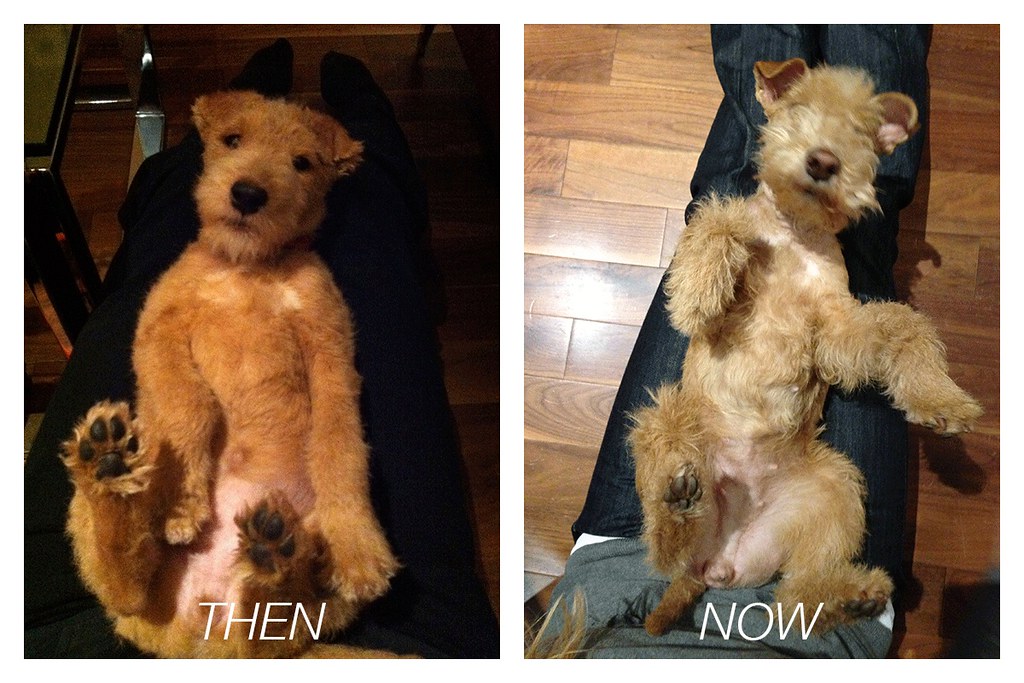 Then: November 15, 2011: This was taken a week after I fully stripped Jaz’s furnishings and beard… look at that skinny snout!
Now: November 15, 2012: I tried to re-take this picture last week, but Jaz wasn’t having any of it. I even tried to wear her down a bit by playing tug, hoping she’d be tired enough to lay still, but missy was determined that laying on her back was a bad idea. Oh well… I tried. You get the gist 😉

Cute as they may be, even little teddy bears have a job to do, and Jaz’s job was to learn how to stand properly on the table for showing. This is not only required during the show, but also comes in very handy during grooming:

Then & now: November 19, 2011 and 2012. It’s safe to say that Jaz has figured the art of standing out by now. She spends quite a few hours on that table each month. (Side note: I’m thrilled to see that she has finally grown proper furnishings!!!)

— And now for an administrative announcement… I have to apologize for lack of content on the blog lately. Time flies when you’re having fun, but also when you’re really busy. My studies have bogged me down. Luckily, there are only two weeks left of this semester. The final grooming post will be up by the beginning of next month, and there are some exciting things happening in 2013, which I will tell you about later. Thanks for being patient! —