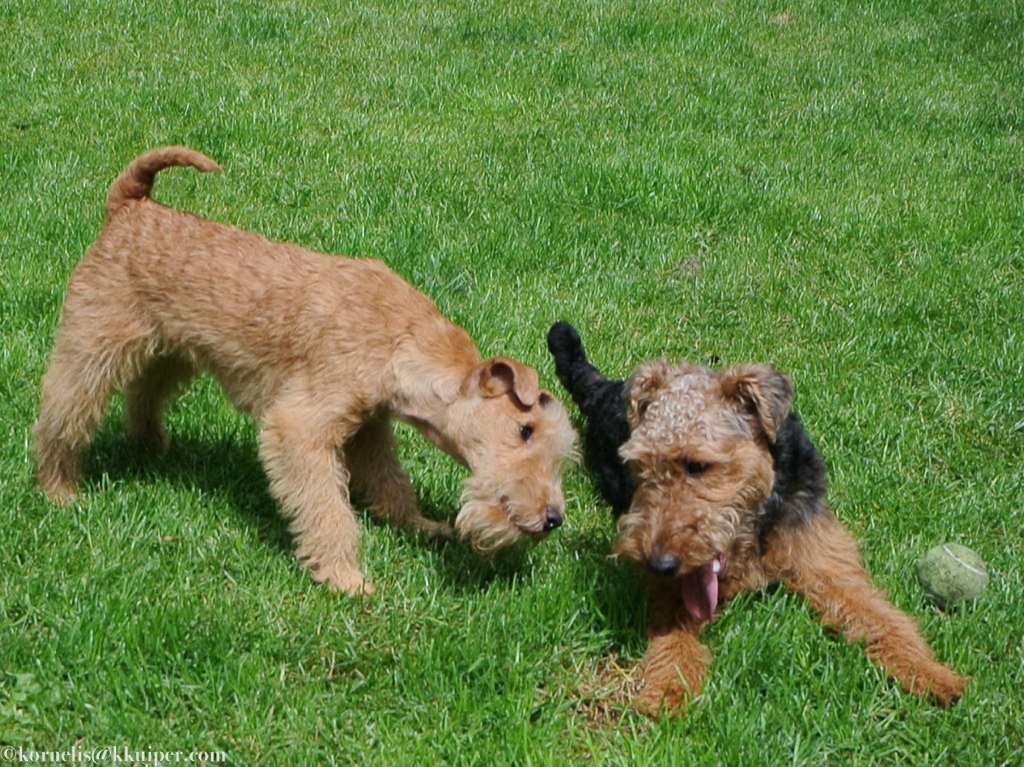 A few months ago, Jaz met this Welsh terrier puppy named Carl. You may remember me briefly mentioning him here. Well, Carl and Jaz finally met up for some playtime last week. Carl is about a month younger than Jaz, and they make the most hilarious couple. We dropped both of them in the yard with some toys, and they roughed it up terrier-style! The victim of the day was a colourful catfish squeaky… 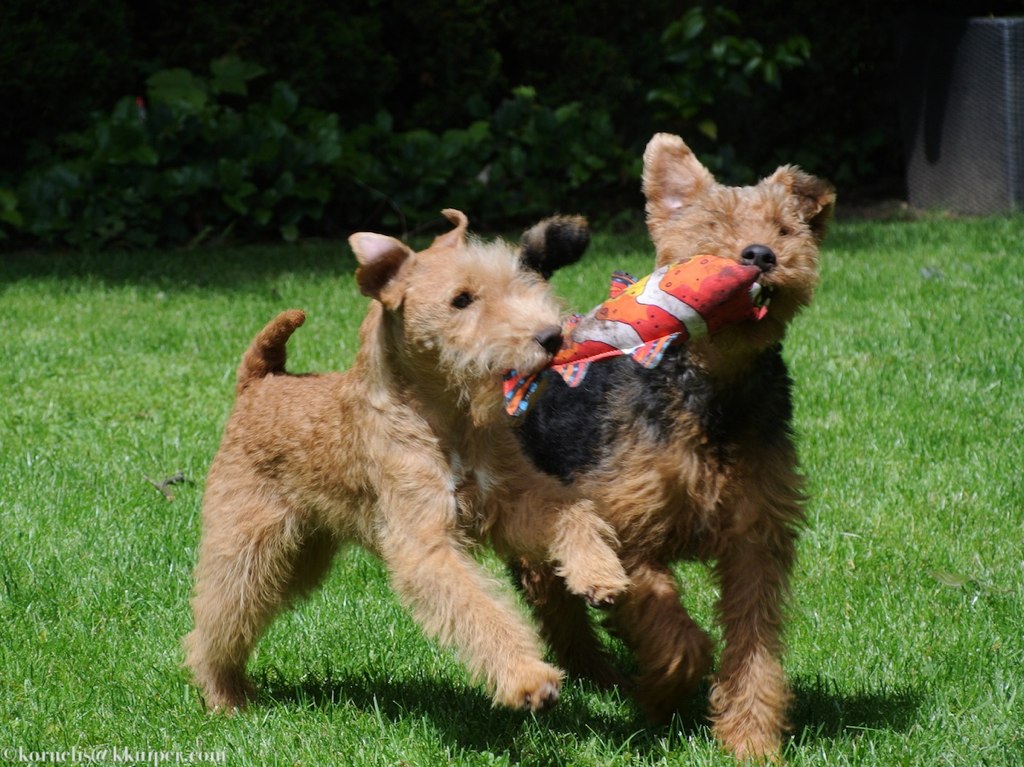 Together, they would go round and round: 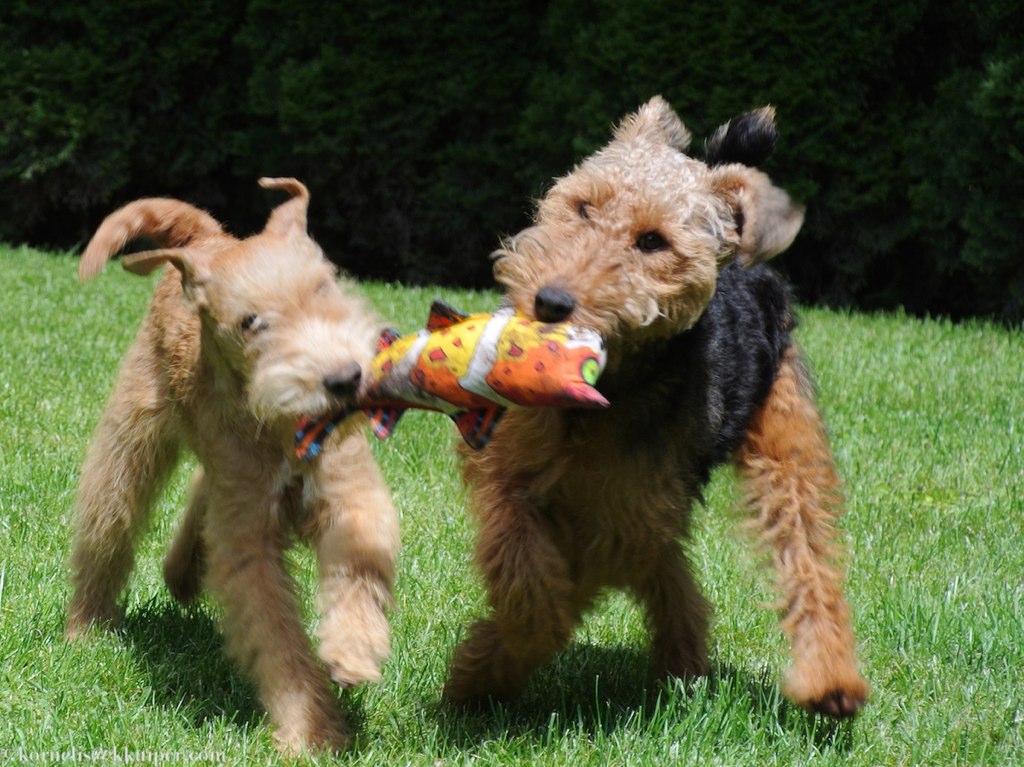 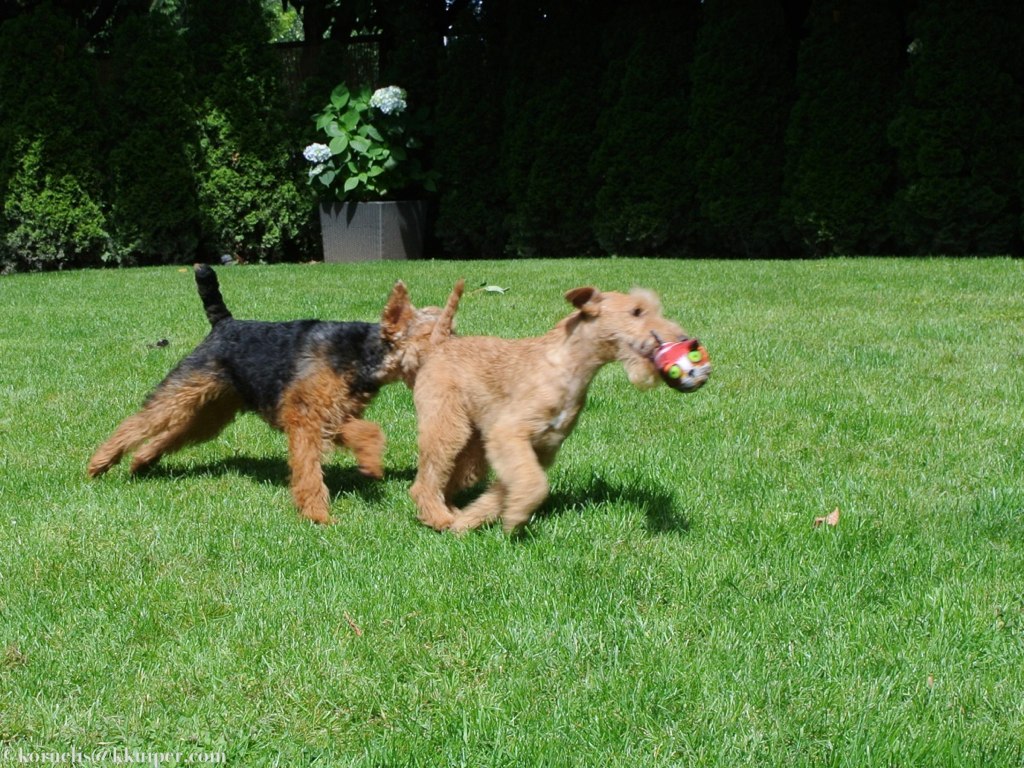 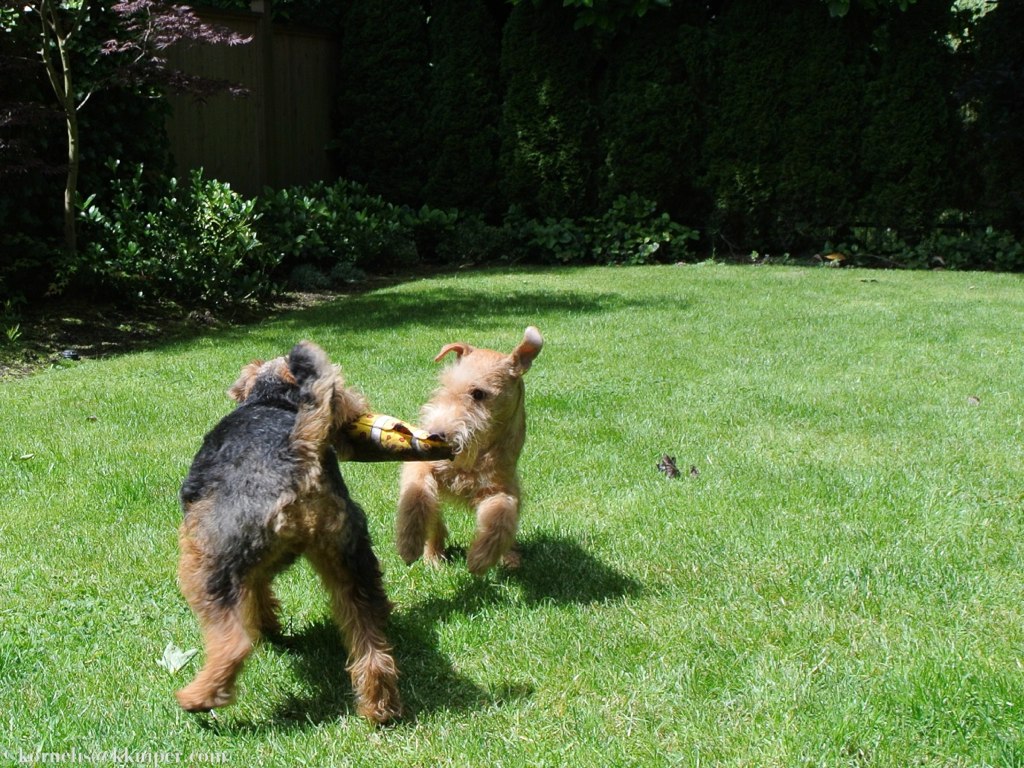 …but Carl is a little stronger when it comes to tug-of-war, Jaz’ favourite game! 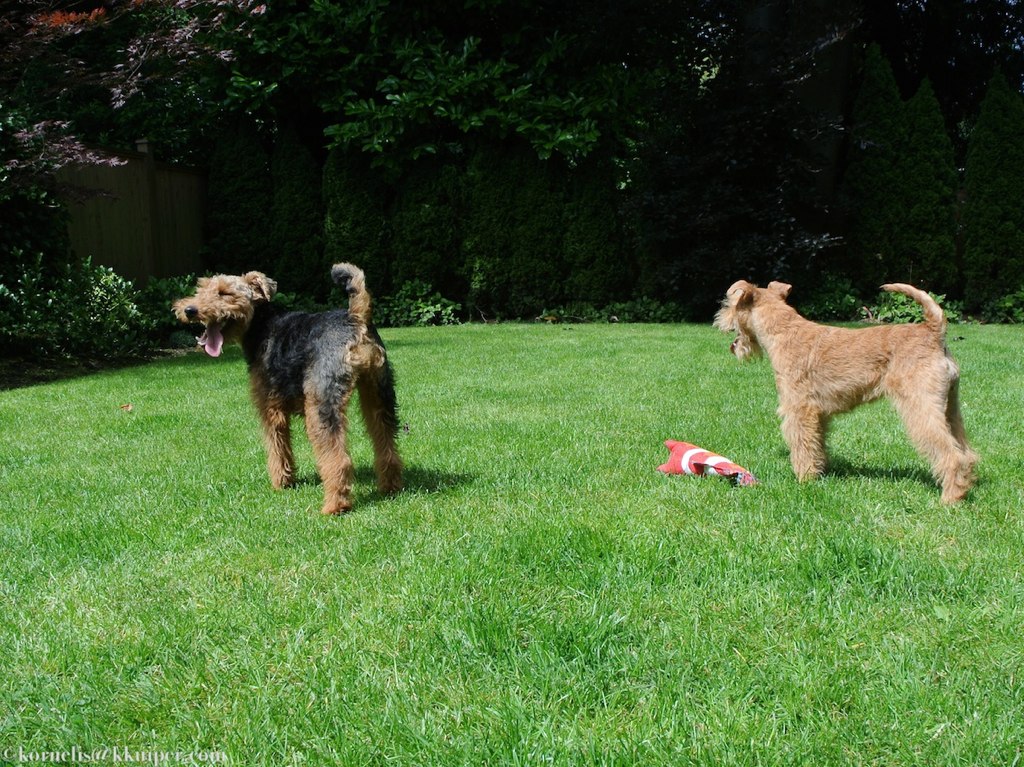 Carl: “Boy, all this running around is tiring!” 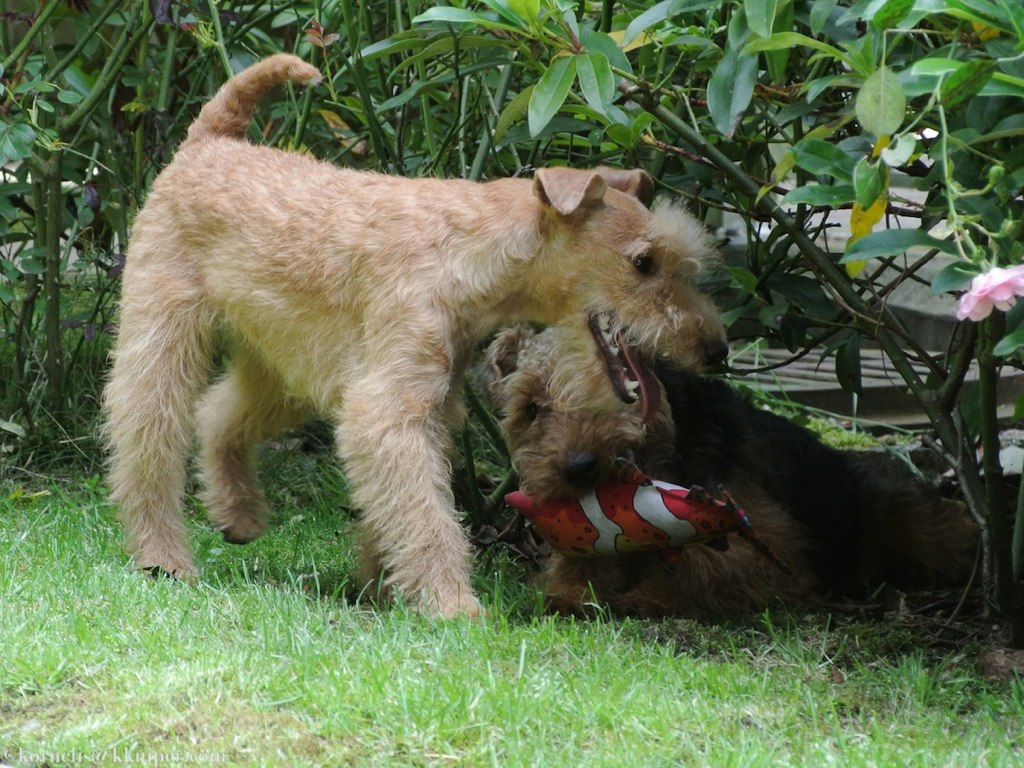 Taking a breather under the rhodos… 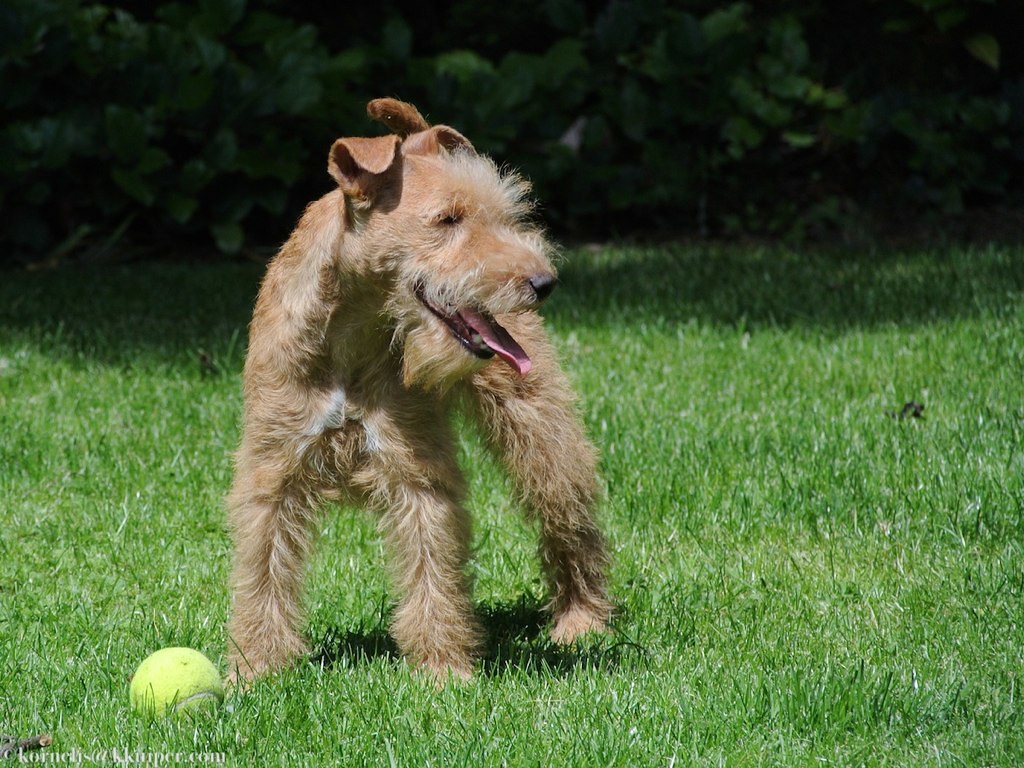 Thanks for playing, Carl! See you next time!